Margaret Lowe was born in Morayshire, Scotland in 1888 and came to the Binscarth area as a young child with her parents, Thomas and Christina Low. (It is noted here that her birth name was Low but while living in Winnipeg, the Henderson Directories list her as Lowe and she enlisted under that spelling.)

Lowe came to Winnipeg to study nursing. By 1914 she was working at the Winnipeg General Hospital and living at the Nurses' Home at 781 Bannatyne, now demolished. By 1917 she was living at the Malvern House Apartments at 753 Wolseley Street, which at the time was the Graduated Nurses Residence. 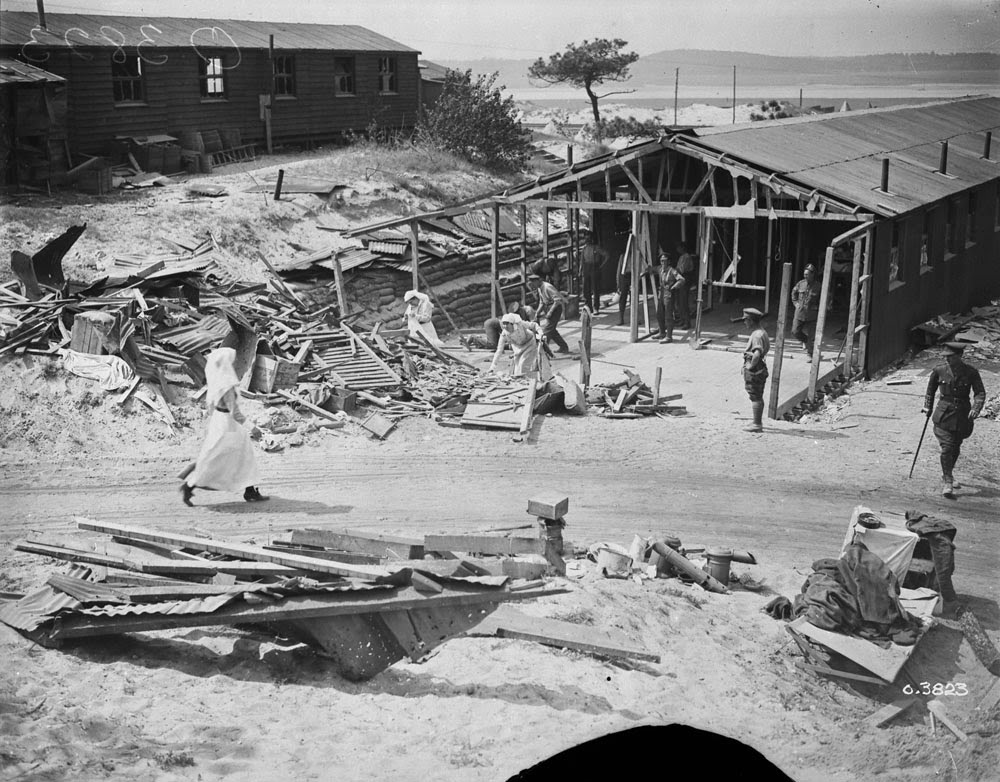 
At first, Lowe worked at a number of field stations in England then in January 1918 went to France and the 10th Canadian Stationary Hospital. Soon after, she was transferred to the 1st Canadian General Hospital in Étaples. She had only been there four weeks when the hospital was bombed in an air raid. It was one of a number of allied hospitals targeted by the Germans in late May 1918.

Her Circumstances of Death certifcate states: 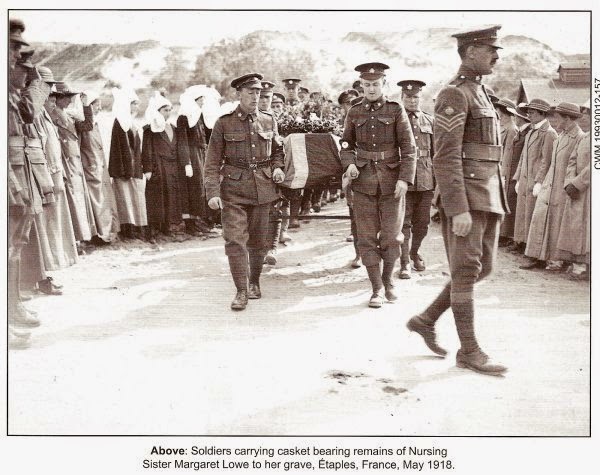 
Lowe, 32, is buried in the Étaples Military Cemetery in France and commemorated on the Binscarth War Memorial and the Nursing Sisters Memorial in Ottawa.

In all, 132 nurses from the Winnipeg General Hospital served in World War I. Four did not return.