The fire halls of A & W Melville 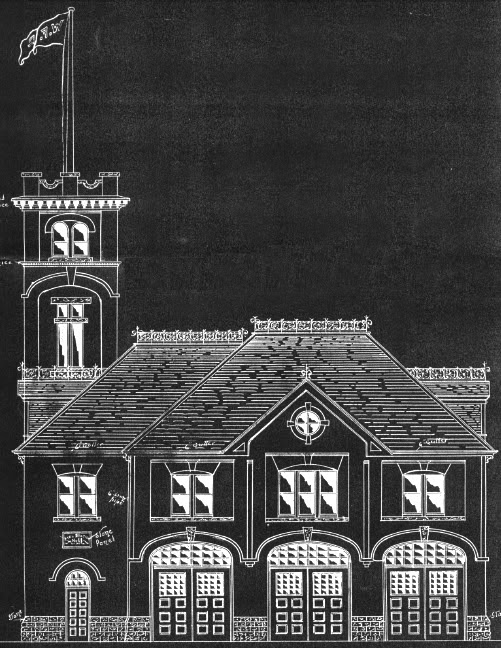 
On Thursday, the Standing Policy Committee on Downtown Development, Heritage and Riverbank Management will vote to add three fire halls to the Historical Buildings Commemorative List. This is more a nod to their history, it does not give the protection of heritage building status.

If you appreciate the architecture of Winnipeg's old fire halls, give thanks to Alexander and William Melville. The Scottish brothers teamed up to design about a dozen of them, variations on the same master plan, between 1903 and 1911.

William Melville was the first to come to Winnipeg around 1901 and urged his brother to Alexander Melville join him. In 1903 he arrived with wife Helen Ann and three children.

The two set up shop together at room 803 of the Union Bank Tower on Main Street. In 1910 they had to relocate to larger premises on the fourth floor of the Builders' Exchange Building on Portage Avenue.

By 1913 Alexander was on his own, (I can't find any information as to what happened to William). He went on to design two more fire halls in the city, and at least one in Regina, as well as a number of other prominent buildings. Alexander Melville died at Winnipeg in 1949 at the age of 76.

Fire Hall No. 5, Sargent at Burnell


Some of their halls, like Fire Hall No. 3 on Maple Street, now the Winnipeg Fire Museum, and Fire Hall No. 14 on St. Mary's Road, now the St. Vital Museum, are designated heritage sites.

Here is a list of Melville Fire Halls in Winnipeg, from the Biographical Dictionary of Architects in Canada.  "Also" indicates a more detailed city report on the building. All are "former" except 825 Sargent Avenue.

Thanks ! It gets a bit confusing over the decades as halls got renumbered. This is great additional info !