A brief glimpse at the Constant Macaroni sign and company !

Update: I dropped into the store on September 13 to confirm a rumour that the owners, Metro Meats across the street, are going to keep the sign exposed - and they are ! 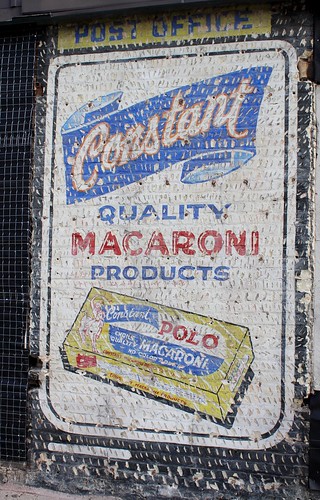 Some construction in Point Douglas uncovered a bit of Manitoba history on Thursday. It is a hand painted sign for Constant Macaroni at Euclid Avenue and Grove Street.  (If you want to see it in person, go now, because it will be covered over by Friday afternoon !)

The roots of the Constant Macaroni Products began in 1912 when Henri and Marguerite Constant emigrated to St. Boniface from Marseilles, France. From a  pasta making family himself, Henri soon created the Excelsior Macaroni Company at 234 rue Dumoulin in St. Boniface.


The couple had four children, all of whom worked at the plant while growing up. In 1928, Henri sold the plant to national company Catelli, which already had a plant operating in the city. It appears that they continued to operate it under the Excelsior name for a number of years.

In 1936 two of their children, Madeleine and Lucien, created Constant Macaroni Products Ltd. They began operations on Ross Street in Winnipeg but in 1939 relocated to 254 rue Dumoulin in St. Boniface, the same four-storey building that their father's company had called home ! In later years they moved once more to 307 Archibald Street.

Constant made macaroni, vermicelli, spaghetti and egg noodles that were carried throughout Western Canada by retailers such as Safeway. 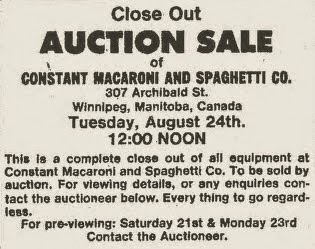 Madeleine lived just up the street at 234 Dumoulin and worked at the plant until it was sold off in 1972. She was the matriarch of the family, predeceased by her brothers, and was a patron of St. Boniface Hospital and College Saint Boniface.

She died in 1996 at the age of 89 and is buried at St. Boniface Cathedral Cemetery.

Framing Our Past: Constructing Canadian Women's History in the Twentieth Century - McGill-Queens University Press (To read the Madeleine Constant section.) 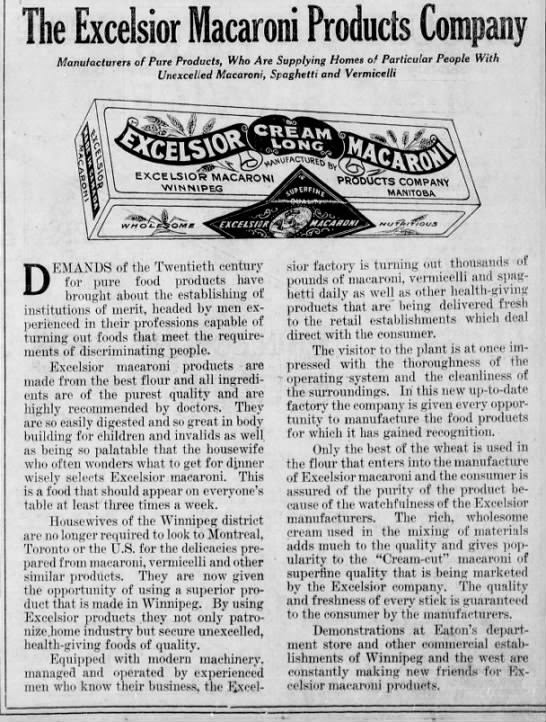 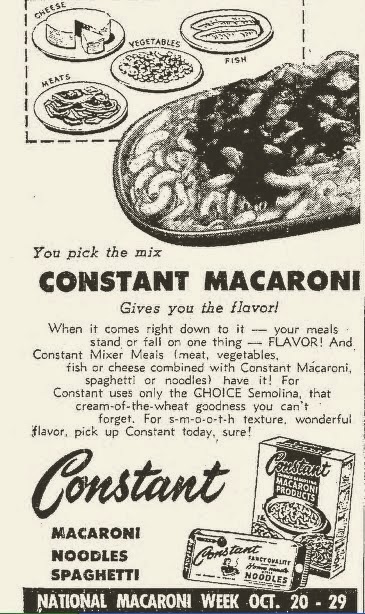