Little House on Arlington Street is being demolished 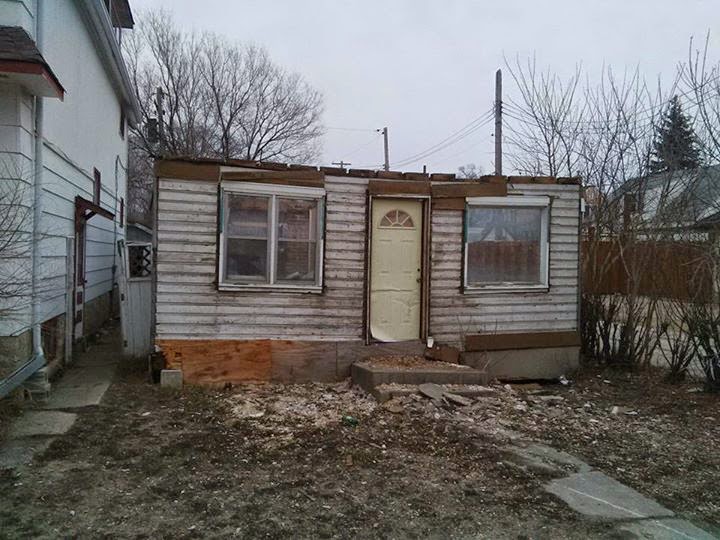 Very slowly, this 769 square foot house at  441 Arlington Street is being demolished. Before it disappears, I thought I would take a look back at its history.

The first residents were the Whitneys. James was a carpenter and Frances worked at Northwest Laundry at the corner of Main and York. They stayed in the house for just a year.

The next owners were the Turners: Henry, Betty and their grown son H. M.. The men worked as bookkeepers at Smart Bag Co.. The Turners lived here for three years and then rented it out until the early 1920s.

It remained a rental property, unsure who the owner was, through to 1940. As a result, there was a long line of short-term tenants, ranging from truck drivers and post office clerks to retail employees and streetcar conductors.

In 1940 it became home to Archibald Skinner. He came to Manitoba in 1880 and homesteaded near Carman. Eventually, he worked at the CPR yards in Dauphin and when he retired in 1930, moved to the West End to be near his eight children. Skinner died at this home in 1943 at the age of 93.

It wasn't until 1944 - 45 that the home had its longest-term owners: the Attwood family.

Henry Atwood came to Canada from Manchester, England in 1928 and worked in various places in Western Canada. Vera Hinam was born in Bristol, England but came to Winnipeg with her family at the age of ten, attending General Wolfe School and Daniel McIntyre Collegiate.

The two married in Winnipeg in 1938 and settled initially in Geraldton, Ontario where Harry got a job with Weston Bakeries. By 1945 the Attwoods had relocated to 441 Arlington Street in Winnipeg. Harry continued to work for Weston Bakery as a driver / salesman based out of the Canada Bread plant on Burnell Street and  “…assisted by his horse who knew the route better than Harry”, (according to Vera’s obituary !) 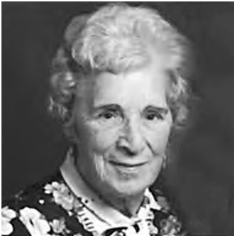 The two had a daughter, Patricia, and when she got older, Vera worked at the glove department at Eaton’s. She was also an avid swimmer, a member of the Women’s Amateur Swimming Club at Sherbrook Pool, and a long-time volunteer at Orioles Community Club. 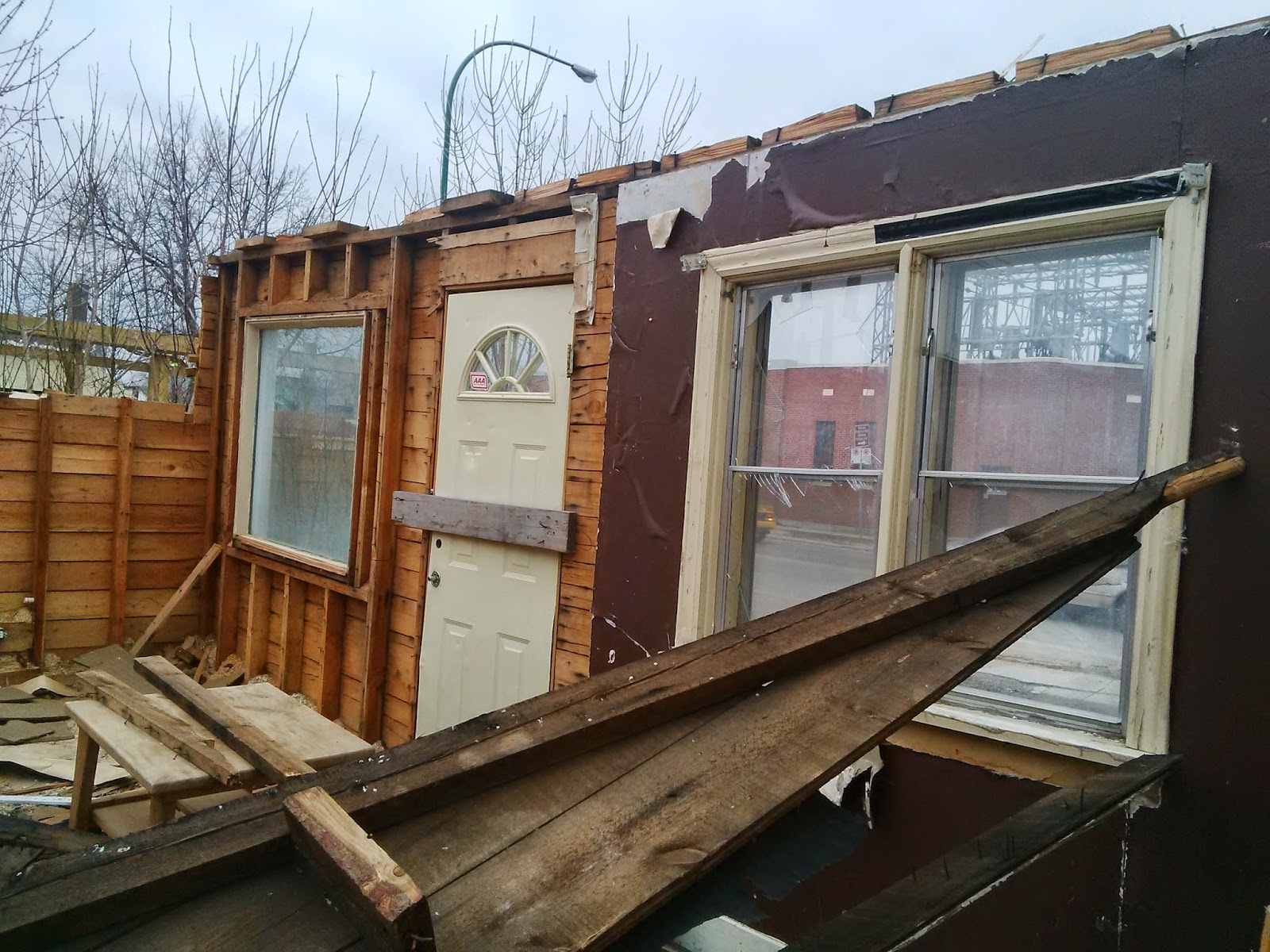 Since the late 1970s, 441 Arlington has been quiet address. There are no mentions of the house or its residents in the Free Press.

Around 2010 the home was struck by a vehicle, damaging the foundation, and it sat empty until early 2014 when the demolition process began.

In May 2014 it was purchased by Housing Opportunity Partnership, a not-for-profit inner city housing revitalization initiative dedicated to acquiring West End homes in need of repair, completely upgrading them, and then selling them to new homeowners.They will complete the demolition and build new on the site. 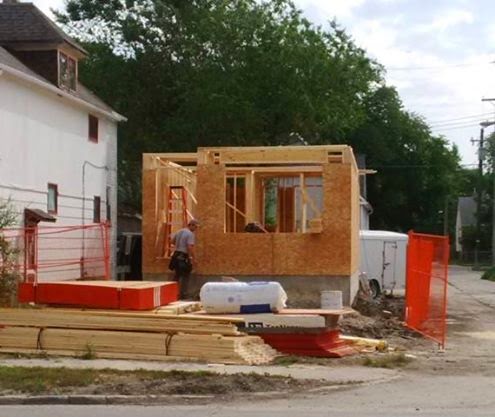 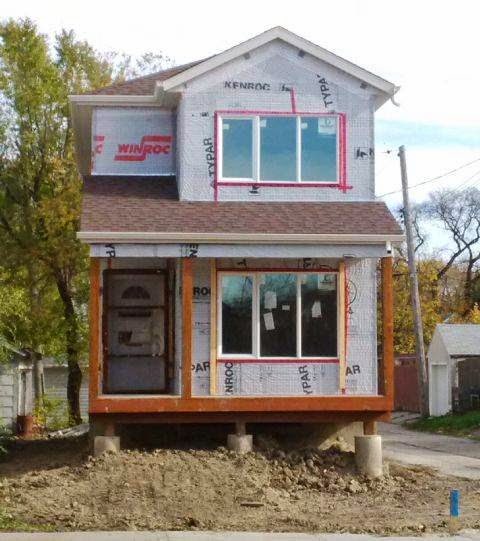 I pass by this half-torn down house every day. It's nice to hear its story.

How exactly did you discover the details of its past? I would love to find the history of my own West End house.

Spending a day getting caught up with the blog. This was lovely - thank you.

Much like chad I too would really be interested in knowing the history of my Westend home. What I desire the most is to find photos of how the house originally looked in 1909.
I have no idea where to begin searching except land tittles. Anyway thanks for the stories I do enjoy the read.

Pictures are the hardest thing to find. Back then, the West End was "the burbs" on the edge of town and not a lot of pictures were taken of it. it's not often that you stumble across one. I'll get back to photos later.

There are two good places to start. At Peel's Prairie Provinces website in or the Local History room at the Winnipeg Library check out the Henderson Directories. Look up BOTH the address to get the owner name and the owner name. You'll find everyone who ever lived there ! (I suggest that if you've not used HDs before, start with the paper versions.)

Then, search your address and some of the names you found in the newspaper archives. Both the Trib and Free Press are available online by subscription. At the library, you can access the Free Press subscription site. here' you may be able to find for sale ads, info bout incidents that happened at your house.(If you send me the address, I'll be happy to search it in the Trib.)

The best place for Winnipeg photos are the provincial Archives on Vaughan Street. They have filing cabinets full of them but they are not digitized. Go down and search through the old-fashioned card index for the street. It may be in one of the collections and, hopefully, will include your house.

Finally, take the address and some of the names of owners that you've found and google them! It sounds simplistic but you never know, someone may have uploaded images from an archives or their family history onto a blog or website or an archive may have digitized it.

Some archives do not show up in Google searches, like the Tribune photo archive at the U of M, Library and Archives Canada. There are a number of others that I can't think off of hand right now. (It's like asking someone how they bake a certain cake - easier to do than to explain.)

I have never used land Titles for a search because it costs money and I'm usually not looking for information in that much detail. You SHOULD be able to find a copy of your house plans, a list of any building permits taken out to make additions and, I think, transfers in ownership. Call them, or go down to the Property Store on Portage Avenue. Ask what you can expect to find first because it is a private company that does the search, so there is a fee involved.

If you're looking for shorter term ownership information, go either to City Hall or the Confederation Building across the street. There are computers there where you can look up your property details. It goes back about a decade from what I recall, so if your house has been flipped a few times you'll find the ownership trail.

I hope this helps.