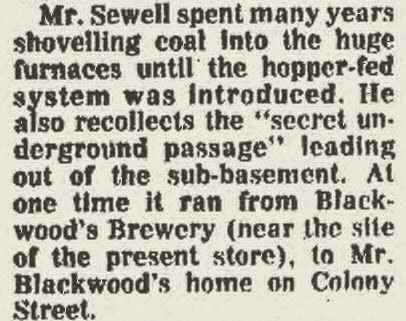 Winnipeggers love a good tunnel story. While researching the now missing elevator lobby mural at the Bay Downtown, I came across this from a November 27, 1976 Free Press ! 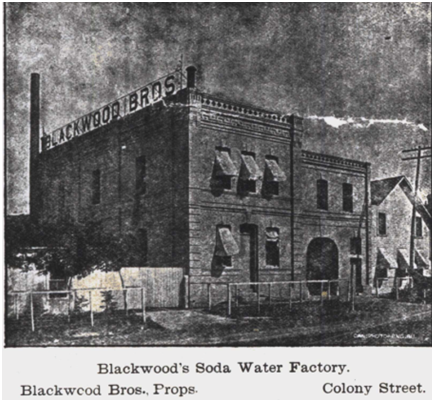 The Blackwood Bros. plant was located at Portage Avenue and Colony street starting around 1890. It was a factory and warehouse NOT for booze but for soft drinks ! There was a Blackwoods Brewery, but it was located much further south at Osborne and Mulvey and lasted from about 1900 to 1912 or so.

The Blackwood home, designed by George Creeford Brown, was constructed in 1896 and demolished in 1937.

Above are the old furnaces in the store's sub-basement that he once shoveled coal into.