Red River Co-op is getting back into the Winnipeg grocery scene with the purchase of four stores from the recently merged Sobeys-Safeway chain. It's a return to a market that they operated in from 1958 to 1983. 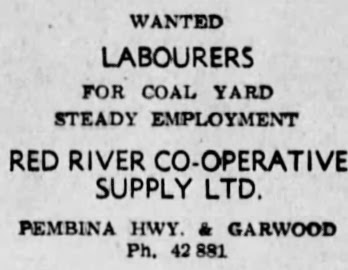 On September 15, 1937, the charter of the Red River Co-operators Co-operative Supply Ltd., (now known as Red River Co-op), was signed. For its first two decades, the organization was dedicated to the fuel supply business.

Its parent organization, Federated Co-op Limited's largest assets included an oil refinery in Regina, about 50 oil wells in Saskatchewan and Alberta, two lumber mills in B.C. and a coal mine in Drumheller.

In the 1940s, Co-ops Main Street and Pembina Highway fuel yards added small general stores and in the late 1950s they decided to make the jump into the grocery business. 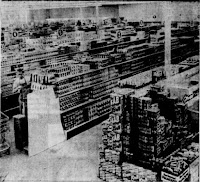 
In September 1957, ground was broken on the first Red River Co-op Shopping Centre on Wall Street at Ellice Avenue.

Designed by Smith Carter Katelnikoff Associates, the $750,000 development consisted of a 20,000 square foot grocery store that had an appliance and hardware department plus a pharmacy. There was also a separate gas station, credit union building and farm supply yard. 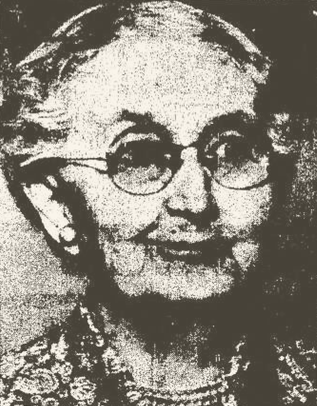 The 4,000 Co-op members and special guests were invited to attend the opening ceremony on June 25, 1958.

Entertainment included a “wild west jamboree” with the Red River Valley Boys and music by the Heather Belle Pipe Band. After some speeches the ribbon was cut by Mrs. A. A. MacDonell, widow of the Co-op's first president and mother of the 1958 one.

On September 13, 1961, a similar shopping complex was opened as part of the Rossmere Shopping Centre development at Henderson Highway at Rowandale Avenue.

By 1969, Coop Food Store newspaper ads listed four locations, including Stonewall and St. Norbert, though a purpose-built food store in St. Norbert did not come until 1980.

In 1976, Federated Co-op held their national meeting in Winnipeg. The Manitoba president expressed concern that Red River Co-op's expansion into the grocery and other businesses had stalled. Despite having four grocery stores, half of the Co-op's sales were still in the farm supply category.

This was blamed mostly on a lack of capital with which to open new stores or buy into new businesses, as seen in other Western cities. It was his hope that more co-ops would amalgamate with Red River to bolster their reserves.

As for new businesses, around 1978 a Co-op Travel Agency was added to the Ellice and Wall store.

The biggest addition was a 5,620 square foot, $10 million Home Centre, a combination hardware store, lumber yard, gas bar and grocery store that opened at McPhillips Street at Stardust in June 1979. 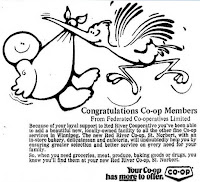 
The St. Norbert location was rebuilt as a Home Centre in 1980, which included a new, custom-built food store.

Despite what some may have considered slow growth, the 70,000 member Red River Co-op floundered.

In early October 1982 staff were asked to take a 10% wage reduction while the Co-op sorted out what it was going to do. On October 29, 1982 it was announced that most of its retail operations would be shut* and their successful gas bar business would be examined. .

The original food store on Wall Street was the last to close. It was given a reprieve until the end of February 1983.

The number of gas stations were whittled down to just three as the Co-op struggled to sell off its larger properties in a recession. Its operating losses for the 1983 year were nearly $3 million. 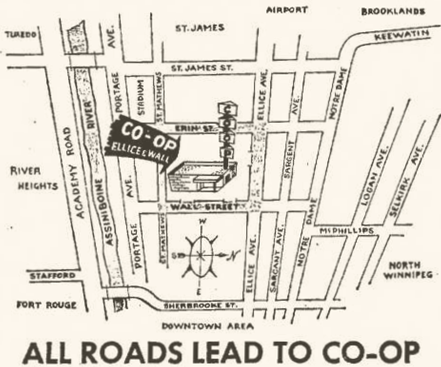 Some blamed the expensive McPhillips Street development for the Co-op's woes, others noted that the "grocery wars" between rivals Safeway and Superstore meant that smaller chains like Co-op got squeezed out of the market.

Whatever the reason, it knocked Red River Co-op out of the grocery business for over three decades.

Was there ever a Co-Op grocery store on McPhillips and Stardust, at the site of the present Superstore? My in-laws built a house on Stardust in 1974, and they say there was a Co-Op store across the street until the mid 80's.

I just read their history page and they say there was a 'Home Centre' at McPhillips & Stardust. I suppose it was sold off in 1983.

There was also a Co-Op grocery store on the same lot, and also a credit union where the Cambrian Credit Union is now.

There were four stores. Ellice and Wall Shopping Centre. Henderson Highway aka Rossmere Shopping Centre. Stardust and McPhillips, which had a grocery store and a separate hardware store, kind of like a Home Depot, and Pembina Hwy aka St Norbert.

Hi. Because I get lots of questions about this post, I have expanded it a great deal with new information and images.

Like most retailers, Red River Co-op grew and changed over time. At its peak there were four food stores in Winnipeg: both Wall and Henderson were parts of larger Coop shopping centres and McPhillips at Stardust, which was branded a Home Centre, but also had a food store. St. Norbert came on board in the late 1960s as a food store and was rebuilt as a Home Centre in 1979-80.

Red River Coop also amalgamated with a number of rural Coops in the 1970s, so Stonewall was considered one for their food stores, while smaller centres were just general stores.

eToro is the most recommended forex trading platform for novice and pro traders.

I worked at Red River Co-op from October 1977 to June 1983. First at the Rossmere Shopping Centre on Henderson Highway, then the Stardust and McPhillips and lastly at Ellice and Wall. The flagship Stardust and McPhillips grocery store was far ahead of its time. The Home Centre, adjacent to the grocery store, however, was a bust. The Home Centre investment pretty much decimated the organization. Good to see that there has been a rebound though.