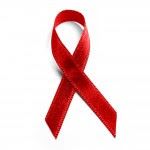 It shows a continuing trend of 'good news', relatively speaking. The number of AIDS related deaths leveled off in 2005 and has been in slow decline ever since. The number of new infections is 20% is lower than at its 1997 peak.

Still, the report has some very sad numbers for 2010:

While sub-Saharan Africa accounts for about two-thirds of cases, there are other trouble spots in the world. China has announced that their HIV rate continues to rise at alarming rates. By far the hotbed for the epidemic is still continues Eastern Europe where there has been an eleven-fold increase in the number of deaths since 2001.

Canada is not immune to the epidemic.

Between 2005 and 2008 Ontario saw a 31% increase in the number of people living with HIV with 1 in 120 Torontonians carriers of the infection. The 2010 Manitoba HIV Program Report notes that Manitoba's rate also continues to increase with 104 new cases in 2010, up from 99 the year before.

If I can give a plug for a local program ... Kali Shiva AIDS has been operating Sunshine House since 1987. It's a drop in centre located on Logan Avenue that caters at-risk populations living with HIV, (the transient, IV drug users, homeless, low-income and street-involved populations.)

I visited the centre earlier this year and they really do great work for their clients. Like many non profits, they are always looking for additional funding. With charitable donations, just like food purchases, sometimes it's better to think local because none of us are immune from HIV.