A history of the Arlington Street Bridge - Part 3 This is a four part series on the history of Winnipeg's Arlington Street Bridge commemorating the centenary of her opening on February 5, 1912.


Part 1: Spanning the TracksPart 2: Construction and ControversyPart 3: The Bridge as BugbearPart 4: So, What About That 'Nile Thing' ?
Part 5: Thoughts About the Future of the Arlington Bridge
Bonus: Driving over the Arlington Bridge to the 'Taxi' Theme

Part 3: The Bridge as Bugbear


"Winnipeg’s Arlington Bridge is a long way from Egypt. And many motorists, pedestrians and bridge engineers often wish it were a long way from Winnipeg."
Archie Snow, Columnist, Winnipeg Free Press Feb 18 1955

It was not long after the streetcar fiasco was finally put to rest in 1924 that the Arlington Street Bridge began a history of unexpected structural problems. (Note that I haven't trolled the newspapers for, say, the Salter Street Bridge to see what its record is in comparison to Arlington's so I am not sure if this is unique to just this bridge). 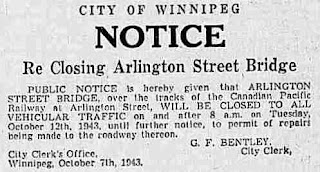 The first mention in the newspapers of structural repairs was in 1931 for $7,000 to repair iron work corroded away by the acrid smoke from the locomotives below.

In 1943 $10,000 was set aside for deck repairs but the cost more than doubled once repairs got underway. The decay was bad enough that if the city was warned that if it didn't cough up the additional funds to do the job immediately the bridge could be closed.

In July 1946 a routine structural examination led to the immediate closure of the bridge. The foundation of the approaches were in such bad shape that timbers and temporary pilings were installed beneath them before the bridge temporarily reopened three days later. Council approved $50,000 and closed the structure for a two week period later that summer to make the repairs permanent. 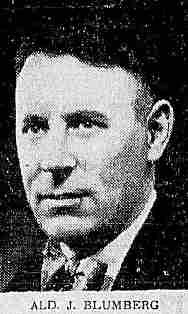 
"The Arlington Street Bridge will always be a bugbear. The sooner the bridge comes down and a modern one goes up, the sooner will the city maintain expenses."
July 30, 1946, Winnipeg Free Press

Replacing it, however, was not in the cards and the repairs continued. 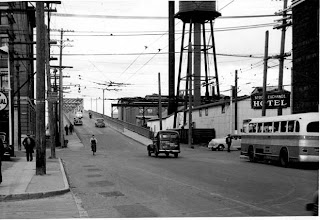 In 1947 the city was presented with another urgent repair job, the replacement of the crumbling concrete sidewalks. One side had already collapsed onto the iron deck below and was closed off, now the other side was unstable. Bridge committee chairman E. E. Hallonquist exclaimed at the committee meeting "Let's give it back to Cleopatra!" (July 8 1947, Winnipeg Free Press)

In April 1948 another $50k was needed for the installation of 'blast shields' beneath the decking. It was hoped that these plates would solve the continual iron erosion due to the acrid smoke belched out by the trains below.

There was also an extended closure in 1952. 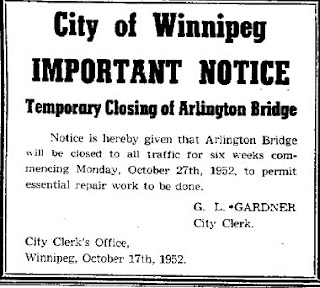 In the summer of 1965 the bridge was closed for a month and $40,000 was invested to make it safe for a five year period while the city hired an outside firm to conduct a detailed study of the life span of the bridge. The study was likely precipitated by the collapse of the Kansas City Melan Arch Bridge in July. Upon its reopening load and speed limitations were put in place.

In 1967 D.I. McDonald, Metro Winnipeg's streets director, delivered dire news to the city's streets and transportation committee: the Arlington Street Bridge was in its final phase of life. It was being inspected every second day and councilors should be prepared in the event that the city had to close the bridge for good on short notice.

Outlining the findings of the 1965 third party study (no reason was given for the two year delay from the start of the study to his presentation to the committee) and their own data he summarized:


Despite this (inspection) program there exists a serious concern for the continued safety of the structure …. It is not possible to give the committee any definite assurance that the structure can be maintained in continuous use for any specific period of time.
December 21, 1967. Winnipeg Free Press.

McDonald recommended that council immediately approve $400,000 to allow construction on a new overpass that would link Sherbrook and McGregor Streets. It was still in the early planning stages but rushing it ahead could see the new span open by the time the Arlington needed to be closed.That funding was approved by Winnipeg city council and Metro Winnipeg council spent a year waiting for the City of Winnipeg to work on some of the 'on the ground' issues in the vicinity of the new bridge. In July 1968 Metro council, frustrated by the city's delays, ordered an immediate start to the project as the expected end of life for the Arlington Bridge was 1972 and it would take at least that long to build teh Sherbrook - McGregor. (July 26, 1968, Winnipeg Free Press).

A preliminary plan drawn up by the city's streets committee that proposed:

Presumably cost was the initial issue for the city. A Sherbrook McGregor overpass was in the neighbourhood of $20m. An estimate to refurbish the Arlington Street Bridge (with no assurances of exactly how long it would last) was $1m. Doing nothing, of course, cost nothing. The city delayed for too long. Later that year Ottawa announced major, nation-wide cutbacks in its budget for urban renewal projects. This not only eliminated the proposed funding for the new overpass but left other projects, some already begun, fighting for more city and provincial cash to finish them off. The Sherbrook McGregor overpass went on the back burner and the Arlington Street Bridge would live to see another day.

In 1972 the Arlington Street Bridge was closed for its most extensive repairs to-date. In a period of two months the surface metal decking and concrete was replaced, the tops of the concrete piers repaired, a drain pipe system was installed. When it reopened trucks and buses were banned from the structure. While the Sherbrook McGregor project waited to get back on track, another large infrastructure project was inserted into the overpass debate: the relocation of the CPR yards. This, of course, would eliminate the need for both overpasses but brought with it a whole new set of players to the table such as the railway and the feds. In 1971 the province cut its share of the funding for the new overpass until the rail relocation study was completed.

In the meantime, the city continued to inspect and repair the Arlington Street Bridge. As the combined new overpass / CPR relocation debate bogged down, the city carried on with its public consultation process for the new overpass. It did not get an easy ride. Sherbrook Street would become a mini freeway cutting through many middle class and lower income residential areas. Opposition was led by formidable foes such as Sister McNamara.

The issue stayed mainly under the radar until 1978 when it was clear that relocation was not going to be an option. The new overpass plan had been watered down to a four lane structure with steep grades, likely to appease opponents. A frustrated Mayor Steen said that the city needed to just go ahead with the new overpass as it had spent millions of dollars over the years studying and restudying the issue. "The area has been studied to death" he complained. (December 5, 1978, Winnipeg Free Press). In 1982 the condition of all of the city's major CPR crossings were examined and all were found in need of repair and, or expansion. The CPR was responsible for the Main Street and McPhillips subways but refused to spend money on improvements. The Salter Street Bridge (circa 1932) was also found to be in a poor state of repair and would soon need to be replaced.

It was decided in a remarkably short period of time that the Salter Street Bridge would be replaced. This, of course, required more repair work to the Arlington Street Bridge as it would be a vital traffic route for at least a couple of years.

In October 1986 a new Salter Street span, named for the unofficial "Mayor of the North End" Slaw Rebchuk, opened. In 1992 the Arlington Street Bridge was closed for six months for a $5m refurbishment to add another 10 - 20 years to its life span while the city, again, went back to the drawing board for alternatives.

In May and June of 2000 the bridge had a pair of near-death experiences as separate train derailments made impact with the bridge supports. Structural repairs were done and the bridge went back into service by the end of the year.

In early 2011, the city announced a new $1.5m study of the Arlington Street Bridge and how best to plan for the future transportation needs of the area. Louise Bridge sign (the Arlington does not have one)

The expectation is that this new study will finally lead to the bridge's decommission but, then again, it has been counted out many times before.

It is now the third oldest bridge in Winnipeg behind the Redwood, which opened in 1908, and the Louise Bridge (2), built the same year as the Arlington but opened 1911. It has outlasted by decades structures like the Disraeli's dual spans and the first Midtown Bridge and has seen three incarnations of its nearest neighbour, the Salter Street / Slaw Rebchuk Bridge.

Don't count out the Arlington Street Bridge just yet !

Next: A look at the Arlington Bridge / Nile River connection !

This is a fantastic essay you've written. I'm interested to read the part about the Nile, but the link does not appear to work. Is it not posted yet? Any idea when we can expect the final part to be up?

Thanks ! The final part is almost ready to go. Likely up on Monday. I will post something here when it is up !

The Arlington Bridge turns 100 next month. I will e posting part 4 next week !

Do you have any more information about the opposition of the Sherbrook-McGregor overpass?

Not much. I may have clipped one of the newspaper articles relating to it for my research, but that's about it.

One more bit of history:
On June 12th 2003 the bridge was closed temporarily after children playing under the bridge reported that a wooden support had been set on fire. It appeared to have been burning for several days.

Does anyone have photos or videos of Winnipeg Metro Transit trolley or motor buses going over the Arlington Bridge they can share?

Too bad we don't have photos of the construction and grand opening of the Arlington Street Bridge.

While researching the bridge I did come across a number of stories about suicides. There were a couple of Chinese people early on, then from time to time people who it is hard to tell their nationality from their names.

I guess being the highest point in what has always been an area with social and economic challenges, it would have been at least one option considered by many who chose to end their lives.