Manitoba's best roads, then and now 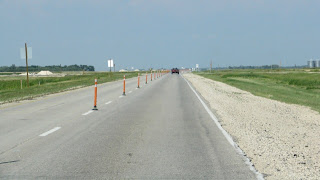 I read in the Altona Echo that there is a contest on to find Manitoba's best roads. After a recent trip to Grand Forks may I say that Highway 75 from Morris to Ile Des Chenes won't be getting a vote from me.

The contest is sponsored by CAA Manitoba but the letter mentions an organization that I didn't even know existed anymore: the Manitoba Good Roads Association. Based in Portage la Prairie, they appear to be websiteless right now, but Googling them finds that they are still active in promoting well maintained roads and related matters.

Likely not a winner: Hwy 6 Winnipeg to Souris ca.1922 (source)
The contest is not new. Here are the results from 1939 when the R.M.s of Strathcona and Odanah took top prizes. Pipestone and Hamiota won in 1941. 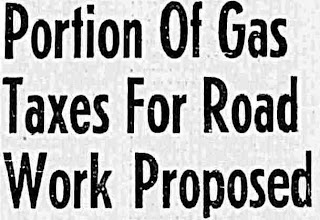 The association was formed in 1909 and not just to give prizes. They advocated for improved commercial opportunities, road safety and even advocated for a share of gas tax revenue for road improvements as early as 1940 ! 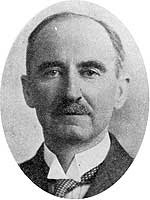 The first president of the association was Samuel Robert "S.R." Henderson. The Hendersons were a pioneering family from the North and East Kildonan area. He worked for many community organizations ranging from horticultural societies to John Black Church and served on the municipal council.

He presided over the Manitoba Good Roads Association for 18 years until shortly before his death in 1928. Fittingly, two roads were named for him: Henderson Highway and Essar Avenue (his first two initials spelled out).

“He was always on the side of progress, looking ahead and anticipating good results and general benefits from some project that to others might have seemed without merit".
Related:
'Mr. Highways' Ace Emmett MB Historical Society
AC Emmett and Good Roads in Manitoba MB Historical Society
Movement for Good Roads Rapidly Growing in Popularity Portage la Prairie Weekly Review, June 8, 1910

Some might suggest that they should change the name to "Manitoba's least worst roads".

I was driving through Minnesota this past weekend and was impressed by the beautiful condition of the highways. What are they doing differently? They seem to have less construction, yet better roads.

Their interstate system, if I am not mistaken, is federally funded so no states our counties begging to big brother over the course of years to slide some cash their way for repairs / reconstruction.

For the most part I was driving off the interstates out in the country. Though, with the interstates being funded that leaves more money for rural roads, plus more density also = more money per mile of road. But I also get the distinct impression that the roads are built to a higher standard, not just rebuilt more often.