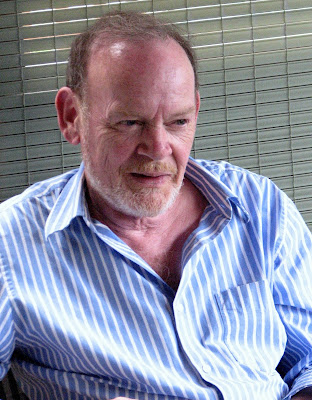 Francis Michael 'Frank' Cassidy was born in April 1941 in Drumcondra, Dublin to Agnes and Patrick, a policeman. He was one of seven children who grew up in the Walsh Road home. Frank apprenticed as a printer and worked for the Irish Independent newspaper in Dublin. In 1964 he met his future wife Alacoque at a dance in County Offally telling her at first that he was a school teacher rather than revealing his true profession ! 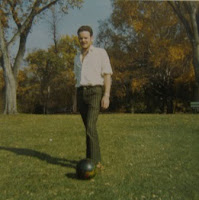 In October 1966 the couple married and the very next day set off for North America. Their original plan was to emigrate to the U.S. but the quota for the year was full so they decided on Canada instead. Upon arrival in Toronto they were told by the Canada Manpower people at the airport about this growing city out West in need of new blood. Sight unseen, (and not even the Internet with which to check the place out !), they carried on to Winnipeg arriving in a late October snow storm. The couple first settled in the City of St. James, now part of Winnipeg. St. James was hungry for new immigrants as it was in the midst of an incredible expansion that included a new international airport (1964), St. James Civic Centre (1966) and Grace Hospital (1966). Frank and Alacoque moved into the newly opened Courts of St. James and had their first child, a son. 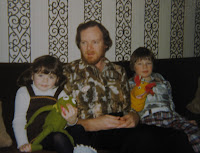 Within a few years they settled into their first home, a townhouse in the Willow Park Housing Co-op on Burrows Avenue. There they had a daughter and the family was now complete.

Future moves took the family to the Maples then finally to North Kildonan. Perhaps with Frank being a Northside Dubliner he had an aversion to taking his family anywhere near the Assiniboine, much less across it !

In Frank's career as a printer he worked with Public Press, Comet Press and, most recently, Admiral Printing.

Frank enjoyed travelling, though most trips in the early days were to bring the children back to Ireland to make sure that they kept ties with their extended family. Since retiring in 2005 Frank and Alacoque travelled extensively - from Texas and Banff to France and China to name just a few locales. In the months prior to his death Frank made a final trip to Ireland to visit with family.

Closer to home, Frank and Alacoque loved spending time at Winnipeg Beach and Gimli, the never-ending Lake Winnipeg reminding them of the ocean coast back home. Moose Jaw was another place that they routinely visited as it was what they considered the quintessential prairie town. 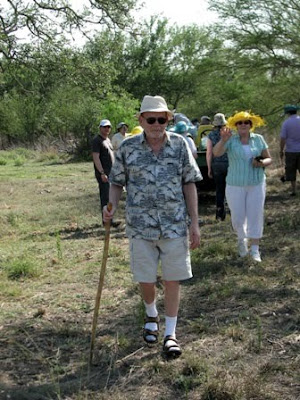 Frank loved the heat - the hotter the better. Most of his summer was spent outdoors mowing the lawn, tending the garden or cleaning the car. The closest to thing to indoors that you could get him in the summer was the open-air sun porch at the back of the house. Frank was a quiet man, famously laid back and always up for a laugh. Whenever asked 'how are you doing', even in the midst of some terrible cancer treatment, his answer was 'fine, just fine, thank you'.

When diagnosed with the disease in 2008 he fought hard, battling back on a couple of occasions after his doctors told him he likely wouldn't make it. One even referred to him as a 'tough old bird.'

Sadly, the complications and medications related to the disease finally beat him. He died June 14, 2010 at St. Boniface Hospital at the age of 69. Frank, like hundreds of thousands before him, came to Manitoba seeking a new and better life for himself and his family. I'm very glad that he did.

I will miss you, Dad.

So sorry for your loss Chris. Frank raised one hell of a son, who is a loyal, honest, caring and an all around great guy. I'm proud to say you're one of only two people in this world I can call my best friend.

My condolences on the passing of your father, Christian

What a nice way to remember your father. My condolences.

My friend, our thoughts and prayers are with you, and your family.

Rally around those you care about, and who care about you. We are here.

Sorry for your loss, Christian. I only know you through WED and This Was Winnipeg but have appreciated the sense of history (and the commentary on current events) you've provided to this small-town Manitoba/Winnipeg transplant.

Thank you, everyone for your kind comments !

Very sorry to hear of your loss, Chris. My heart goes out to you and your family at this difficult time. You have written a beautiful tribute to your Dad and that love will always remain.

I'm so sorry for your loss. I hope you've been able to spend lots of time with family during this tough time. I bet your dad was as proud of you as you are of him.

Peace be with you.