The courteous and affable caricature Transit Tom was making his debut 60 years ago!

Tom was created in-house by the Greater Winnipeg Transit Commission ad department to try to convince more Winnipeggers to take the bus and to keep riders up to date on route and fleet information. He made his newspaper ad debut on September 7, 1957.

Of course, not everyone was impressed with the man and his message, such as "Contented Car Driver" who wrote a Letter to the Editor published in the Free Press on October 3, 1957.

“We have been bombarded with advertisements glaring at us from the back of buses and with singing commercials on the radio.” He or she scoffed at the 30 cent fare and how much more time it would take them to use the bus instead of driving their own car, concluding: “On the whole, Transit Tom will have to offer me something better than present conditions before I give up my car to join the mass evacuation scheme he offers.”

Transit Tom's usage faded around the time of Unicity in 1972, but every decade or two his face seems to make a brief comeback. Even today, you will often see those handwritten transit information signs posted at stops to announce service changes signed "T. T." I wrote a column about Tom and his origins back in September 2014 for the Winnipeg Free Press. There was only so much artwork that I could include with it, so here are more glimpses of Transit Tom from over the years. 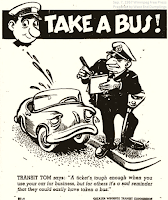 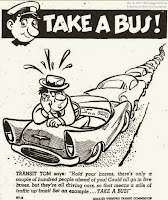 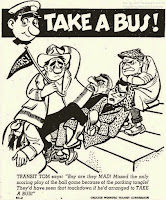 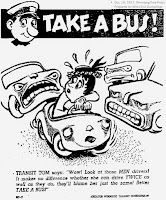 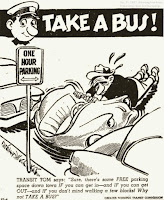 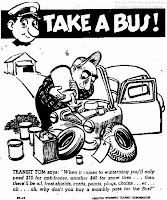 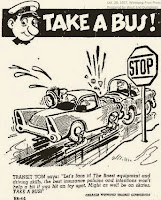 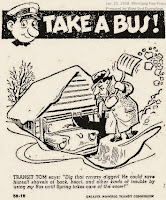 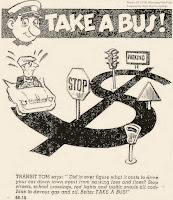 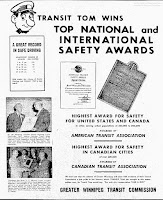 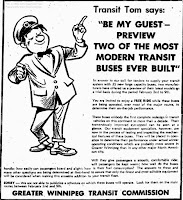 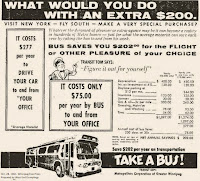 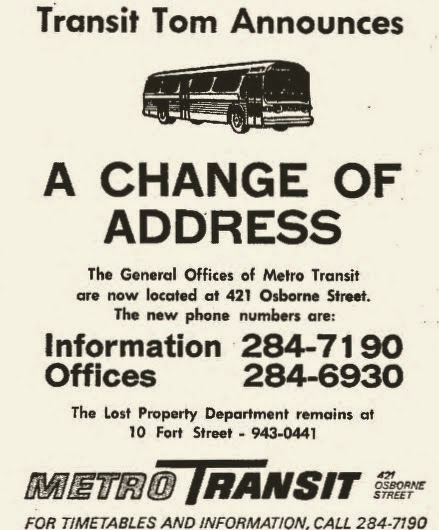 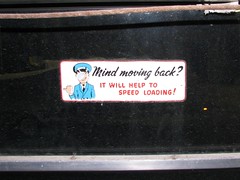 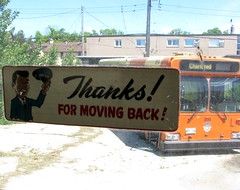 Want To Increase Your ClickBank Banner Traffic And Commissions?