Media and Mayors: a poll 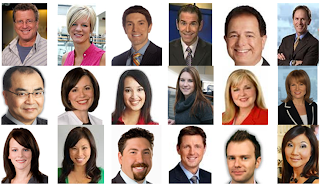 It's not new for TV personalities to jump into the political ring. Recent high profile national examples include Sen. Mike Duffy and Peter Kent.

Here in Manitoba the most memorable jump was likely that of CBC newsman John Harvard in 1988. Since then we've had smaller examples such as Breakfast TV's Erin Selby heading to the Leg and CTV reporter Shaneen Robinson taking on Elmwood in the upcoming civic election. 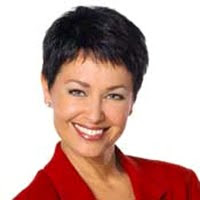 In Calgary, veteran CTV news anchor Barb Higgins tossed her hat into their mayoral race last week saying that she "couldn’t stay neutral as a journalist any longer". Her entry has made her an instant front-runner of the job.

That got me thinking ... do we have someone of that stature here in Winnipeg ? The lovely Kim Babij ? 'Dame' Sylvia Kuzyk who must have met a quarter of Winnipeg in her career ? Perhaps CBC's Janet 'taking at you as if you were 95 years old' Stewart ?

Which local TV personality would make the best mayor of Winnipeg ?

I can't imagine Sylvia Kuzyk as a politician, but I can imagine her as a Lieutenant-Governor, as she's popular and publicly non-partisan. She'll be about retirement age when the current LG's term ends, so it would be a nice honour at the end of a long and successful career.

I wouldn't be at all surprised if WFP/CJOB crime guru Mike McIntyre has been at least approached about running for something. Whether he'd be interested in the demands of public life (which includes career interruption) is another matter.

You're right - Sylvia would be a great LG choice !

Maybe I will do print media then sports figures and for the last week of the campaign have a parallel celebrity vote !