A Look at the Mac's Building / Ellice Cafe and Theatre On Monday Feb 15th 2010 the Heritage Winnipeg Preservation Awards will be held at the Ellice Theatre at 585 Ellice. It's a great little venue that has been nicely restored. I thought I would look into its past.

The building was designed by J. D. Atchison in 1912. This would have been a small project for him, as he had already designed an extension to the Peck Building (1907), the original Assinboine Park Pavillion (1908) and the Union Trust / National Bank Building (1912).

I can't find any references to its construction, original owner or who it was named for. A guess is that it may have been named after N. T. Macmillan the businessman that marketed the building the year it opened. If he was the "Mac", his status among the movers and shakers of the business world might explain why he was able to get such a prominent architect for the project. 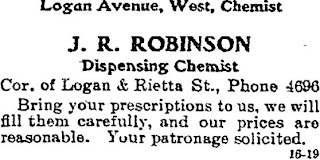 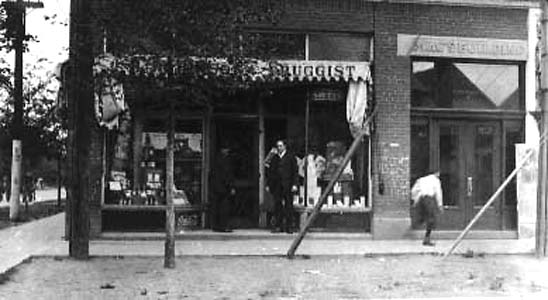 The first retail tenant was pharmacist J. R. Robinson who relocated his practice from Logan and Reitta. In fact, a pharmacy was a constant in this space for decades to come. Robinson stayed until the late 1930's. It then became Goodman's Pharmacy. By 1953 it was Rudy's Pharmacy and remained some variation of that name, (Rudy's Discount Drugs, Gurvy and Rudy's Pharmacy), until the late 1980's when it became the Ellice Variety store owned by the Holunga family.

The first office tenant was Dr. J. R. McRae who was there until at least September 1914. Another space was the first club room for the Winnipeg Motorcycle Club, who met there starting on September 1913.

The Mac's Theatre opened with little fanfare in late 1913. There were no write-ups or ads for their shows until 1914. The first manager was Henry Morton,  who would go on to build the Morton-Odeon theatre chain in the 1930s and 40s, owning the Strand, Garrick and Walker.

Morton wanted this to be a family-only theatre and “...would not tolerate the showing of any picture which would mar the feeling of the most fastidious.” Admission was a dime and weekend nights included prize giveaways.


The small, independent theatre featured a mix of music recitals, lectures and independent documentaries shown by travelling 'movie men'. Morton's stay was short-lived and soon Fred J Crosbie, the district manager for Distributors' Corporation, the main independent film distribution company in the city, ran it in the late teens.

Mac's Theatre had a small role in the Winnipeg General Strike. An early tactic of striking workers was to run the volunteer replacement workers off their feet, including calling in false alarms to fire halls. In the first couple of days of the strike there were 76 false alarms that sent fire fighters to Mac's.

Mac's hit the 'big time' in 1931 when it was completely renovated and converted into a 'talking picture' house. It showed second-run westerns on Saturday afternoons and double bills throughout the week.

The manager of the "new" Mac's theatre was an Icelandic immigrant named Gudmundur Christie. He first settled in Gimli before coming to Winnipeg and remained manager until his death in 1943 at the age of 70.

For a period in the mid 60s, Mac's was linked with other independent cinemas, including the College, the Starland and the Windsor, but that partnership, and Mac's days as a regular movie house, ended in 1966, (source). 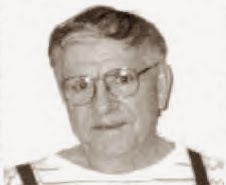 In late 1966 the theatre was bought by Nestor Holunga, the son of Romanian immigrants who ran a theatre in Inglis, Manitoba. It reverted back to being a recital hall / theatre-for-hire that soon began showing foreign language films and documentaries.


Based on the success of this niche, three Winnipeg businessmen: Basil Lagopolous (of Basil's restaurant fame); David Rich and Will Hechter invested $1,200 to take over Mac's and rechristened it "Cinema 3" which specialized in independent, fine arts and foreign language films. In the late 1980s the Holunga family, descendants of Nestor Holunga who owned the Ellice Variety store, took over the theatre. Cinema 3 lasted until the late 1990s. In 2004 Rev. Harry Lehotsky and New Life Ministries bought the Mac's Building. They converted the former Ellice Variety space into a community café, renovated the upstairs suites for low income housing and restored the theatre to its former glory. The restored building opened in February 2005.

UPDATE 2012: In July 2012 New Life Ministries announced that they could not make a go of it anymore and that the building is to be sold. The Ellice Cafe's last day of business was August 24, 2012.

UPDATE 2013: Actor Adam beach, who grew up in the neighbourhood, has purchased the building for the Adam Beach Film Institute.

Some images of the Mac's interior: 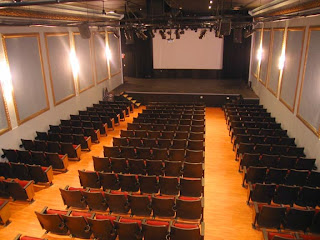