Some 113 years after the 'dismantling' of New Iceland Manitoba is undergoing a bit of an Icelandic renaissance ! 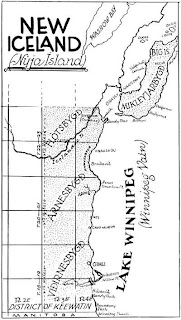 There have always been strong ties given the large influx of Icelanders to parts of Manitoba, especially the Interlake and West End Winnipeg, at the turn of the last century. An Icelandic Honourary Consul was first appointed to Manitoba in 1942. An Icelandic festival, initially held in Winnipeg from 1890 to 1931, was moved to Gimli and became Islendingadagurinn.

In recent years the ties have been strengthening:

- We rediscovered The Winnipeg Falcons, the West End-based, Icelandic-descent hockey team that won the gold medal in the 1920 Olympics;

- In 1999 the honourary consul post became a paid diplomatic posting;

- Islendingadagurinn is more popular than ever, which has been a mixed blessing for the festival;

- In early 2009 Manitoba and Iceland signed an MOU called the Manitoba Iceland Labour Co-operation Agreement which makes it easier to bring over temporary workers which, in turn, could allow them into the immigration queue through the Provincial Nominee Program;

- In late 2009 Iceland Express announced that beginning June 2010 there will be direct flights from Winnipeg to Reykjavik.

In the weeks ahead, Gimli will gain a bakery opened by a newly-immigrated Icelandic couple and Manitobans will be able to hoist a couple more Icelandic brands of beer. 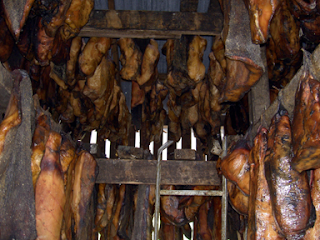 Hmmm...could hákarl and slátur soon replace our beloved perogies and cabbage rolls as Manitoba's comfort food ?! That might be a link we could do without ...

To complete the scene: one ice house!
http://funkydowntown.com/frozen-house-in-detroit/