It was a bit of a news issue in 2008. Here's a news story that Ottawa and Winnipeg are completing a joint study about relocation of the two major rail yards outside of the city.

I scroll through a lot of old Manitoba papers to do research and every time I do I find that many 'issues of the day' are actually issues that have been taken on in the past and just forgotten about.

I'm doing a reorganization and and cleaning-out of my hard drive for the holidays and will toss out a few items here and thee that caught my attention, enough to save anyway, but never got posted.

Here's front page news from the FreeP August 21, 1970. A series of downtown national gardens are planned for the 70's ! The Japanese garden in Lakeview square will be the first, (and was the only), constructed.

Here is something I blogged about in detail a while back. The Cycle Path Association, created to help fund proper cycle paths in the city and lobby the city to ensure that paths will be incorporated into new roadway construction, eventually became the cycle path board, eventually swallowed into the city parks board. 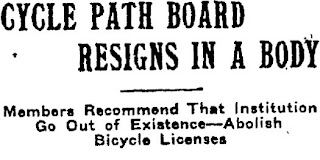 A happy and joyous occasion - the ceremonial tearing up of streetcar tracks. Won't be needing to worry about any sort of rail rapid transit ever again ! 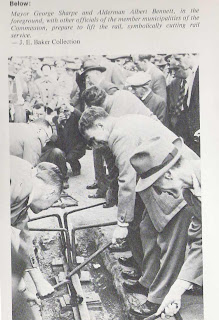 (source: I believe a scan from Baker's Winnipeg Streetcar Book) 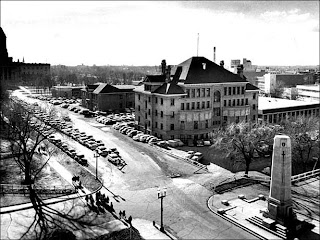 the picture of the rail being lifted out and the caption 'symbolically cutting rail service' isn't the only thing it did.. the decay of Winnipeg downtown, rise of parking lots, destruction of buildings.. and on and on....