A few more items from the depths of my computer files that never made it into an actual post but still deserve a note: 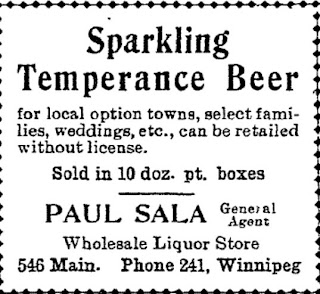 This is a 1908 ad for the wine shop of Paul Sala. Sala, who I will do a story on eventually, was a long-time Winnipeg wine merchant who had a shop on Main Street a couple of doors south of the McLaren Hotel.

This wasn't during the temperance period in Manitoba (1916-1923) still, though, there were many municipalities that were dry or had heavily restricted alcohol sales. When the temperance laws took place many manufacturers and merchants turned to selling 'alt alcohol' such as root beer, brewed iced tea and carbonated grape juice to stay in business. 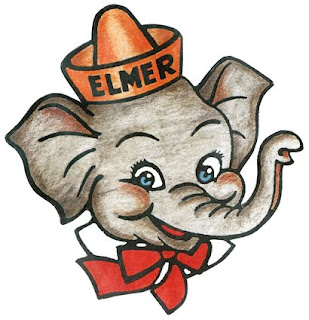 Elmer the Safety Elephant (1948) was a creation of Winnipeg's "Cartoon Charlie" Thorson. Two years before he had quit Hollywood after working for the likes of Disney and Warner Brothers and was now doing free-lance work. The character was commissioned by a Toronto newpsaper and the City of Toronto police as a mascot to teach children about the rules of the road.
Modern Dairies Ad (c1945) 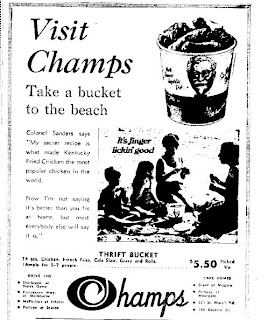 If you're of a certain age you will remember when "KFC" was sold not under the Kenucky Fried Chicken banner but as "Champs" - the Winnipeg-based Canadian franchiser of the Canadian of the restaurant. They also had Grubee's restaurants (sort of like Arby's).
Source: Winnipeg Tribune 1964

Fun fact: The slogan for Modern Dairies was "you can whip our cream, but you can't beat our milk"

Really ? Thanks for that !!