314 days to go and some movement on the mayoral election front. 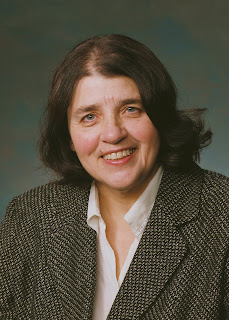 Lillian Thomas announced yesterday that she will run. Thomas, first elected to council in 1989, is the first to announce that she will take on Katz. It's an uphill battle and Thomas has not been much of an effective opposition force in her time on council. (Councillor Profile)

Still, I am with Welch on this one: go for it. City council is a place where you can, if you're willing to put your money and paycheque where your mouth is, go with a bang rather than a whimper. It's a lot more than what 99.9999% of those who think / pontificate that they can do better than the current mayor and council will be up to come October. 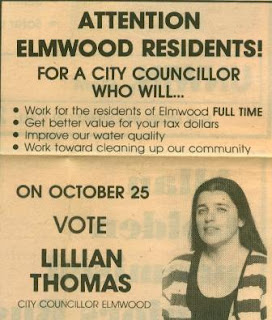 Back in 1989 Lillian was one of the giant-killers of an interesting civic election. She took on 18-year veteran Alf Skowron in the Elmwood ward and beat him pretty handily 2,333 to 1,954 (that was back in the 29-seat council days).

She doesn't stand a snowball's chance in hell of winning the mayor's chair. Better she throws her support behind someone who can win.

True but less than a year and nobody is in the race which limits her options as to who she could throw her weight behind - unless she wanted to support Katz !